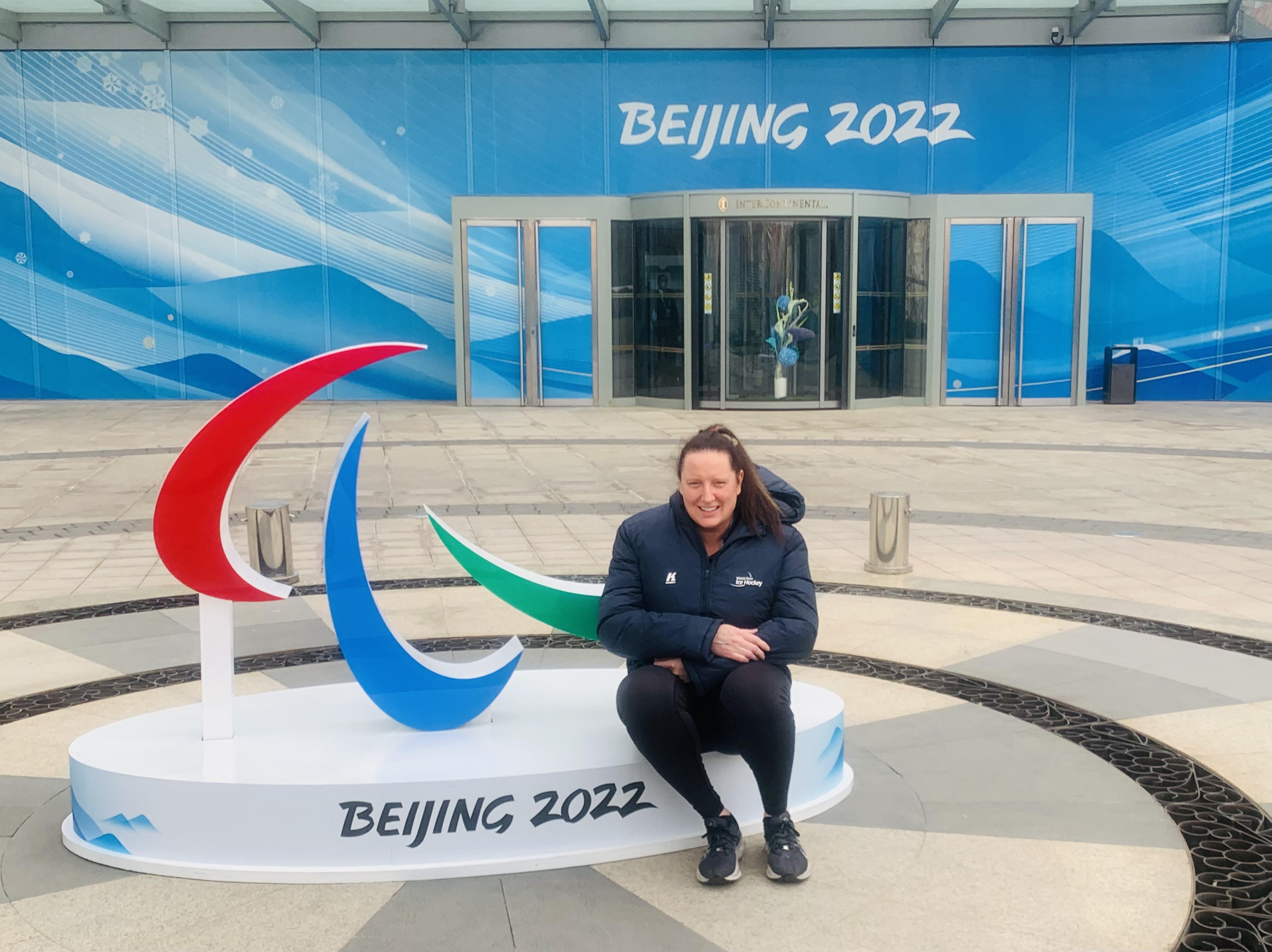 Podiatrist Emma Poynton has just returned from working at the 2022 Paralympic Winter Games. She was one of the International Paralympic Committee (IPC) International Technical Officials (ITO) assigned to the Para Ice Hockey.

Now that she’s back from Beijing we asked her to tell us a bit about the experience . . . .

How did your involvement with the International Paralympic Committee and World Para Ice Hockey come about?

I have had an extensive involvement within Ice Hockey here in Australia as a player, coach and General Manager. After many years in the sport, it was a natural progression for me to graduate up and start working internationally.

Did you get to choose the sport you were involved in at the Games? If so, what made you select Ice Hockey? If not, what was the allocation process?

As much as I’m an avid weekend skier, all my international sports management rolls have always been within Ice Hockey. Once you start working international events such as the World Championships and the Winter Paralympic Games, you are specifically trained for an individual sporting code. So I am specifically sport aligned and only qualified to be an International Technical Official (ITO) for the sport of Para Ice Hockey.

As for the Beijing 2022 allocation process; many months before the games all the ITOs are asked to advise their availability. Once you are noted as available you patiently wait to see if you are assigned. I was very lucky an honoured to be assigned as one of the nine ITOs for Beijing 2022.

What did your role at the Games entail / what was the day-to-day like for you working there?

My official title was ITO Directorate Officer for World Para Ice Hockey. It’s primarily a sport management / admin role, however when you are at these big events you really become a ‘jack of all trades’ and are thrown a lot of random tasks to complete. At the start of the tournament you are in attendance at the arena for long hours, often up to 14hours a day, this eases as the week progresses. You are essentially part of the operating machine responsible for running the Para Ice Hockey tournament.

Most of my time was spent inside the Beijing National Indoor Stadium, this was the host venue for the Para Ice Hockey tournament. I was however lucky enough to also travel via the 400km/hr bullet train to the Genting Snow Park in Zhangjiakou for a day at the snowboarding, and also attend the curling at the Beijing Ice Cube. All the sporting venues were excellent and very well presented for the Games.

COVID restrictions aside, how did this competition compare to others you’ve been involved in?

Once the tournament commenced it really was like any other tournament. You have set daily schedules which has the teams skate and train each morning, followed by games in the afternoon/evening.

Obviously not having normal crowds would have been strange, but was there a sense of comradery amongst all the athletes and support staff that still made it feel special?

It’s the Paralympics! It’s the once a quadrennial cycle big dance for all players and staff involved. There is something very special being involved in this event. And even though we did not have fans filling up our grandstands, it still had that magical feel. Being locked in the ‘Closed Loop System’ (aka the Covid bubble) made the group click exceptionally well. But we only did 2 weeks locked in together, I suspect those on week 6 were ready to escape.

What was your highlight(s) of the trip?

Two weeks locked in a Covid bubble was intense yet so rewarding, and without sounding cliché a once in a lifetime experience. My top three highlights, if I had to name them, were:

For more information about Emma Poynton go to: https://www.alphingtonsportsmed.com.au/practitioners#emma-poynton- 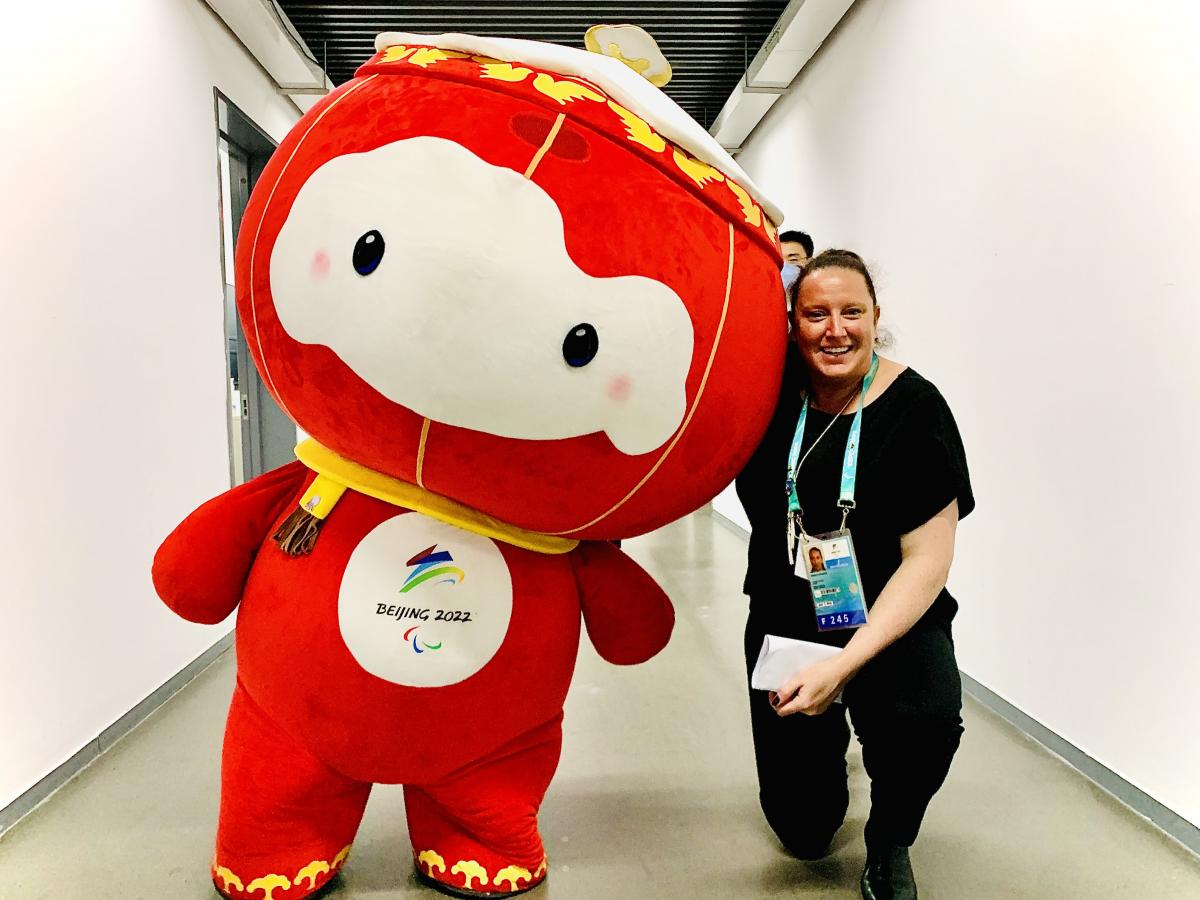